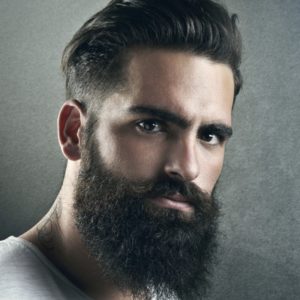 In fact, even though I still love him, I totally wish that my husband had the ability to grow a nice thick beard.

In any case, beards are a great look on men in today’s society, and a big part of that reason is because of hipsters!

Beards are the quintessential essence of manliness and a big reason why men like growing them in the first place.

But do you know why hipsters were a big part of the beard movement and making beards as prominent as they are today?

Part of the reason is due to the alternative mode of operation when it comes to hipsters.

They like breaking the status quo and doing something that breaks from the mold.

And before beards actually became a huge thing, the general consensus amongst men was to be clean shaven to present themselves in a respectable manner, at least from business perspective.

But hipsters weren’t having any of that.

They wanted to stand out, and that’s a big reason that beards became a legitimate hairstyle choice for men.

Now you may be thinking that mustaches were maybe a stepping stone to beards, but in all honestly, mustaches are lame!

From a clean shaven look, men do not typically think of mustaches as a way to really stand out, because mustaches are so puny and hardly noticeable unless you are standing face to face with them.

A beard on the other hand is noticeable from across the room and instantly helps you to stand out and show off your hipster mentality.

While some lines of work (primarily white collar jobs) frown upon such beards, most other jobs are perfectly fine with it!

Also a fun fact: The New York Yankees are not allowed to don beards while they are employed and playing for that team.

You can see this by looking up “Andrew Miller” – when with New York, he was clean shaven, but when he got traded to the Cleveland Indians, he went full-beard!

But beards are not solely a result of hipsters deciding the break the mold.

In fact, there is plenty of scientific evidence that points to another main factor leading to men of all personalities deciding to grow out their beards.

That factor is simple biology.

As we’ve already discussed, beards are quite manly, and convey manliness more than any other trait (perhaps even including muscles).

In order to procreate, men need to get with women and make things happen, if you know what I mean.

But with women having so many choices of guys nowadays with the rising population, it is important for men to get an edge any way that they can.

Add in the fact that online dating makes the potential suitors for every women increase significantly, and you can see why men would want to find ways to stand out amongst the boys.

They eventually realized that beards were a great way of doing exactly that.

Setting aside the evolutionary aspect of beards, hipsters are still widely recognized as the stereotypical beard-growers.

They look bad ass with long flowing beards, and what’s great about beards is that there are all sorts of different styles of beards that hipsters can use to create their own personality.

From the full-grown shaggy beard to short, scruffy beard, and everything in between, beards are a way not just for hipsters to break the status quo amongst other men in general, but to stand out amongst their peers as well.